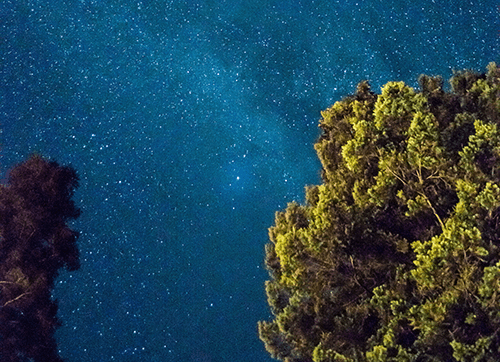 Terms "astrology" and "horoscope" are literally misused, not only lately, but already for a long time now. In the form of  brainless entertainment or lifestyle pastime, free horoscopes spring up like mushrooms, whether on the Internet or in the magazines. Esoteric portals that have transmuted to big corporations sell dubious practices using falsely the name of astrology and degrade it even more. You've probably read many times titles such as "What Does Your Zodiac Sign Tells About You?" Or "Love Compatibility of Zodiac Signs?" and the like.

What is wrong with that?

Did you know that the zodiac signs are the sections of the ecliptic, the path that the Sun follows in its apparent orbit around the earth? 1) And that the Moon and the eight planets of the solar system are important in astrology too? 4) They also move along the ecliptic through the zodiac and can be found in all twelve zodiac signs, just like the Sun. And that's not all. Astrologers also consider the angular relationships between the planets, the Sun, and the Moon, that are formed as they move along the ecliptic. Last but not least, they consider the place and the time for a horoscope, which results in the division into twelve astrological houses. Roughly speaking, there are 39 2) individual factors that constitute a horoscope. They combine with each other and require careful analysis and synthesis as well, for a meaningful interpretation of the "heavenly writing", as it was understood in the antique Babylon.

It is not only simplified

Your "star sign" is actually the Sun and its position on the ecliptic on the day of your birth. The Sun Sign Astrology seeks only two out of 39 factors and their combinations, to judge about a whole person and many areas of life. Even if it may be possible to read in the newspaper horoscope column something that matches how you see or feel yourself - that's either a sheer coincidence or a suggestively written text. That is not a horoscope, your horoscope even less.

Astrology is not a suggestive manipulation, that you may or may not like. When you seek astrological advice from reputable astrologers, she or he takes all factors of a horoscope into account and the statements derived from that are always concrete. As a client of mine summarized after the consultation: "There were no empty phrases, but very precise information about my general situation and about upcoming trends. The information was so specific and above all correct that it really surprised me a lot. "

1) In astrology we experience and talk about heavenly phenomena from the perspective of earthlings.
2) 10 planets + 12 star signs + 12 houses (place and time) + 5 Ptolemaic aspects
4) It is unimportant to astrology that Pluto was recently downgraded to a dwarf planet.